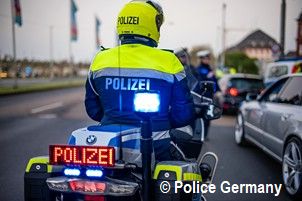 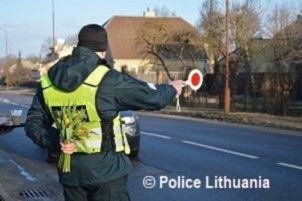 In order to reduce accidents in traffic, with a leaflet and contact with road users, we want to point out the most common causes of traffic accidents.

This year's World Day of Remembrance for Traffic Victims would be commemorate on November 15. It is 25 years ago this year since a day dedicated to remembering road traffic victims began to be observed internationally – for the first ten years by the European Federation of Road Traffic Victims (FEVR) and its many member organizations, including RoadPeace (UK), who introduced the day in 1995. 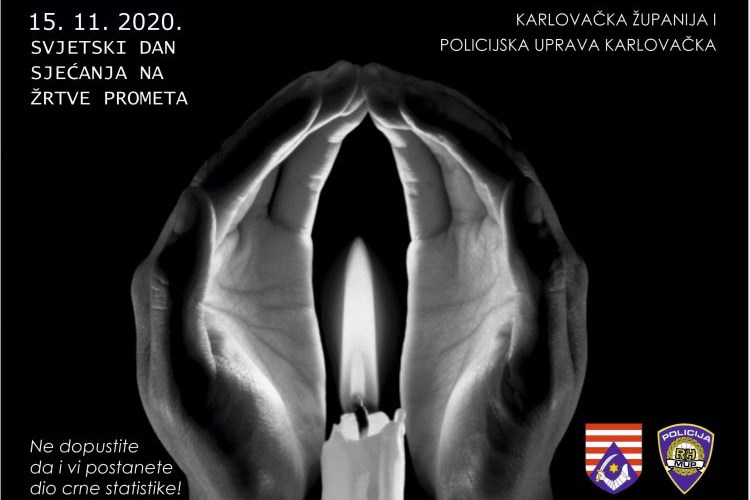 With strong support from WHO and UNRSC members, UN Member

States adopted UN General Assembly Resolution 60/5 on 26th October 2005, calling for an annual World Day of Remembrance for Road Traffic Victims as an “appropriate acknowledgement for victims of road traffic crashes and their families”. In the Republic of Croatia, non-governmental organizations have been commemorating this day since 2004.

It is important to note that about 90% of accidents occur by driver error, and the most common causes are speeding, alcohol, not wearing a seat belt, using a mobile phone while driving, and not using a safety helmet.

During the ten months of 2020, 649 traffic accidents happened in the area of the Police administration Karlovac, nine of which resulted in fatalities, 192 injured persons and 448 accidents with material damage.

In order to point out this issue to all road users, the traffic police will distribute this leaflet publicly from 13th to 15th November.