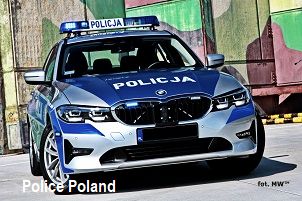 The Operational Working Group (OPG) assists the ROADPOL Council with organizing and holding the ten annual ROADPOL pan European operations of TRUCK & BUS  (x4), SEATBELT (x1), SPEED (x2) including a 24 hours Speed marathon in April, ALCOHOL & DRUGS (x2) including a 24 hours Alcohol & Drugs marathon in June, FOCUS ON THE ROAD (x1) including participating in the ROADPOL Safety Days.
ROADPOL also supports the SAFE HOLIDAY campaign. The OPG countries can choose to participate in this campaign.

The OPG co-ordinates the operations, collects and publishes results. The group also focuses on operational issues to provide support to the Council and best practice to ROADPOL Members. The members of the OPG meet twice a year to discuss progress and developments in traffic.
The Operational Working Group also organizes and holds thematic road safety and security seminars for ROADPOL and its members. This work underpins the ROADPOL Strategy to reduce road death and serious injury through enforcement with life-long education for road users in road safety.
The OPG is currently led and chaired by the Netherlands.

In times when economy and money seem to be the only matters of importance in politics and the media the ROADPOL operations are trying to make the public and the national police forces in Europe aware, that everyday life, health and security of people are at stake on our roads.

That's what the work of the ROADPOL Operational Working Group is about: By enforcing rules during Europe-wide operations the national traffic police forces and other stakeholders are pulling together for the common goals of safety and security on European roads.

The Operational Working Group coordinates ten big joint pan-European enforcement operations per year against speeding, unbelted driving, drink and drug driving, distraction in traffic as well as offences in commercial (truck and bus) transport. All operations are at the same time directed against traffic offenders and criminals using public roads, as every traffic check offers the opportunity to look for hints and evidence of crime.

In ROADPOL meetings and on the website forum experience and best practice are exchanged, everyone at his best trying to support and learn from all others.
At a yearly ROADPOL Roads Policing Seminar participants of all ROADPOL countries have the opportunity to exchange views and share the latest information on road safety.

During the first operation Speed every year the Operational Working Group organizes the Europe-wide 24 hours Speed Marathon operation.
Similar to the operation speed, the OPG organizes every year during the first operation Alcohol & Drugs the 24-hour marathon check on driving under the influence of alcohol and drugs. The operational contacts are leading to many more bilateral cross border activities, often making police work more efficient on both sides.

With many distracting issues around it is not easy for the police to catch the eye of public attention. Nevertheless the ROADPOL member states will continue to engage in joint efforts to support the "Road Safety Policy Orientations" of the European Commission and the ROADPOL Strategic Plan.
The key to success lies in implementing the good plans and intentions into practice. The OPG is very hopeful that in the end they will contribute to make Europe's roads safer.

ROADPOL Operation FOCUS ON THE ROAD