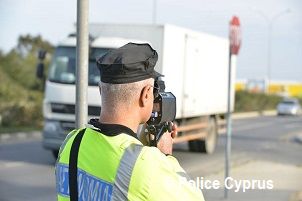 During summer holidays, many European residents travel by car through the European roads to visit other European countries as tourists or to their home countries. Most of these journeys usually take place in determined days in July and in August.

It has been seen that at times these drivers and their families, use to drive long hours having little rest. This, together with the fact of the technical conditions of the car and that they take advantage of these displacements to carry with them all kind of personal belongings, both inside and outside the vehicle, which in many occasions are transported under no proper loading conditions, may generate risky situations on the roads that could lead to serious crashes, in which can be engaged no just the particular involved drivers and family members but also other road users.

Since this situations takes place every summer on the same dates in every country, ten ROADPOL countries carry out the Safe Holiday operations during July and August.
The involved actions could be the following: speed controls, checking load conditions, vehicle security elements (seat belts and conditions of the tires) and weighting controls. Traffic Police actions can be supported by media campaigns and delivery of brochures among involved drivers so as to inform drivers before the start their trips, so they can get the information and prepare the car and the journey properly.

ROADPOL operation Safe Holiday is considered as a useful tool to increase the road safety in the roads of every country during summer on the occasion of these massive displacements.